To Prevent Entry from Any Critters, Be Sure to Seal Any Cracks or Openings in Your Home 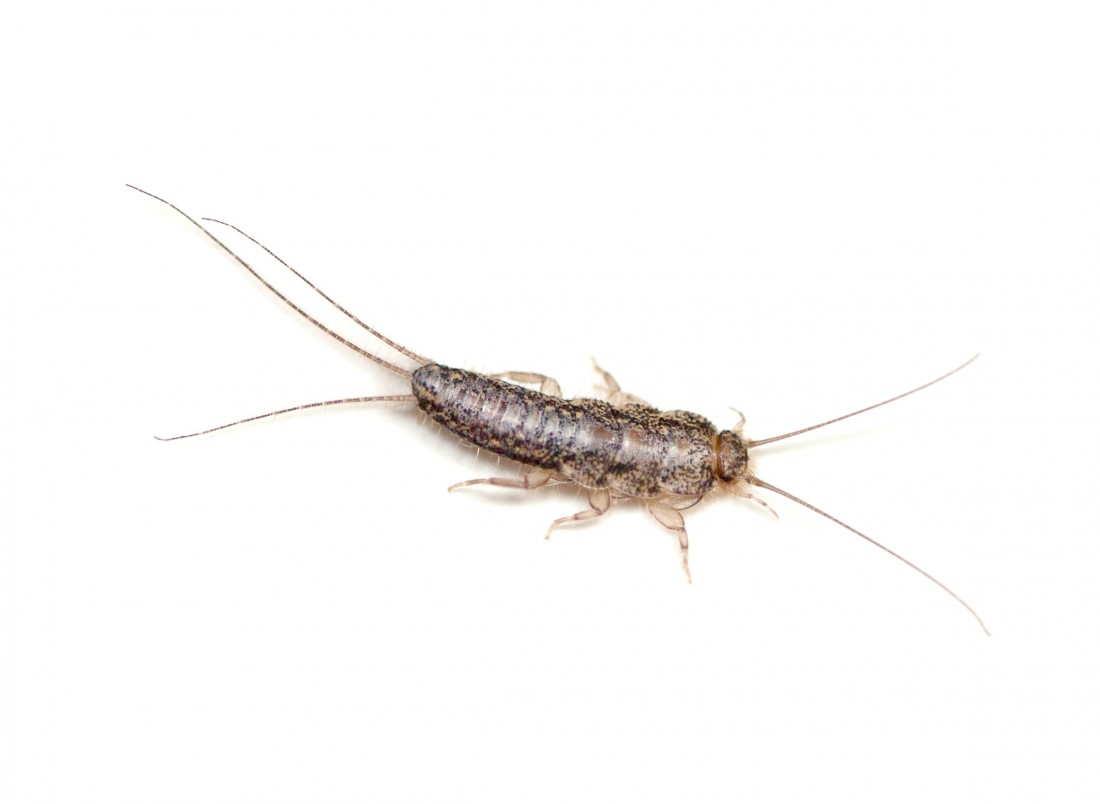 Are considered one of the most ancient of the insect families due to fossils discovered that date back more than 400 million years ago.  They are somewhat carrot shaped when viewed from above and have three long tail like appendages arising from the tip of the abdomen.  They have long antennae and their bodies are covered in scales.  The Silverfish has a metallic, steel gray appearance.   Whereas the Firebrat looks similar in color but almost always has a duller mottled look with patches of light and dark scales.  They range in size from ½ inch to ¾ inch.  Both are capable of swift movements and Silverfish are known for the ability to move sideways or even jump when disturbed.  Since the bodies are flattened, it makes it easy for them to find harborage in very small cracks and crevices.  The Silverfish can be found behind baseboards and moldings as well as in attics and crawl spaces.  It mostly feeds on starch materials like wall paper glues and papers but both are also extremely resistant to starvation and can go weeks and months without food and water. 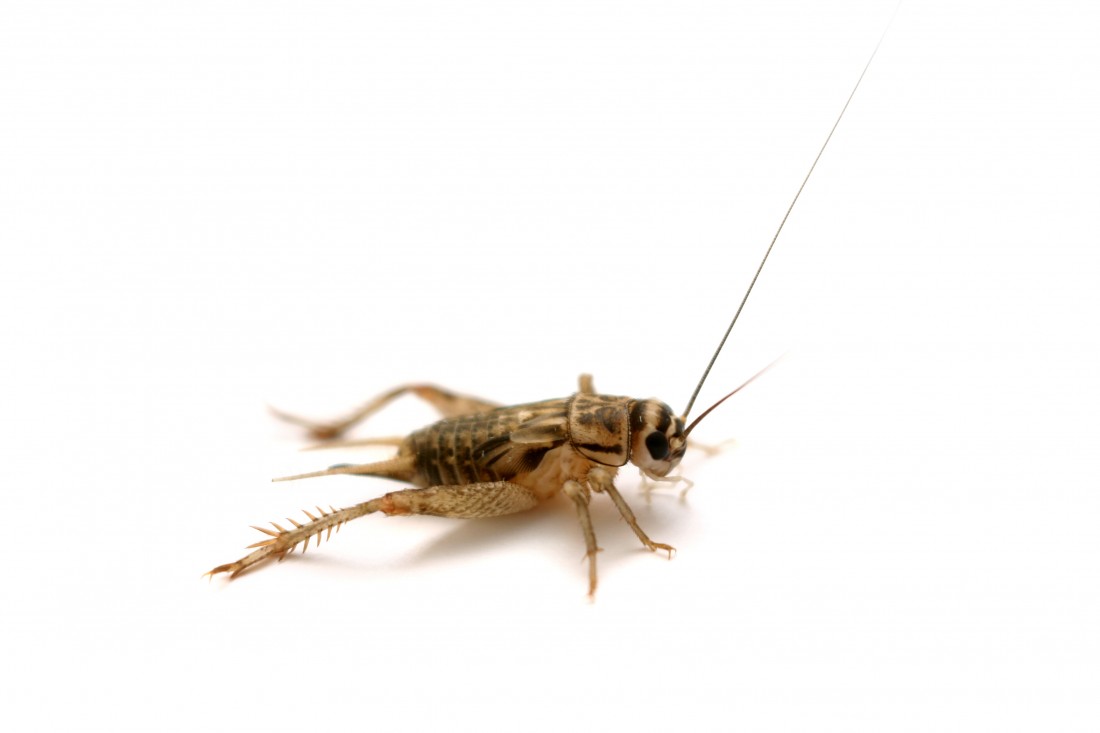 Attracted the attention of the early known writers by its musical talent and bad habit of chewing on clothes.  They are ¾ inches to 1 inch long, light yellowish-brown, with 3 darker brown bands on the head and long thin antennae.  They are attracted to warmth and are often found in the vicinity of the fireplace, kitchen, furnace, water heater or basement.  They conceal themselves in cracks and crevices as well as behind baseboards.  In a cold environment they are sluggish, but if you heat that room up they will become active and lively with musical numbers and stunning acrobatics.   During warm weather, they will live outside in piles of debris, rocks, lumber etc. With the colder winter months, they will move into homes or seek shelter under and in sheds and other structures.  The house cricket is omnivorous and will feed on various foods including other insects and weaker members of the same species.  They will bite when handled.  Also will eat various fabrics and clothing as well as beverages left out, especially fermented ones. 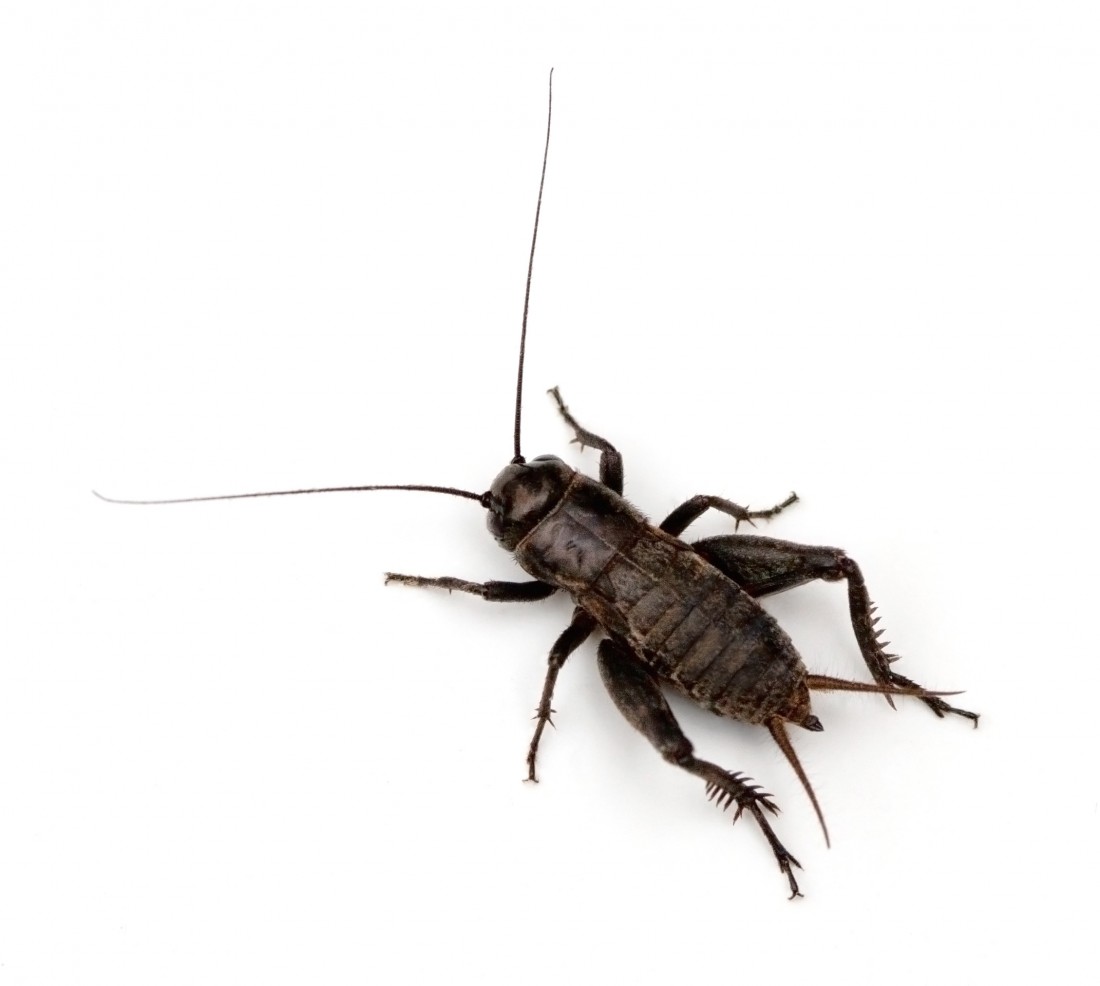 Is similar to its kin in various ways.  They both have their musical abilities, however, they play a different tune.  They both cause damage to clothing and fabrics and they only venture into homes when the cold weather inclines them to do so.  The Field Cricket is usually black in color and has a more robust appearance.  They range in size from ½ inch to 1 ¼ inch in length. Either species will cause extreme damage to cotton textiles, silks, wools, and even furs.  Field Crickets have been observed damaging plastics, wood and even rubber products. 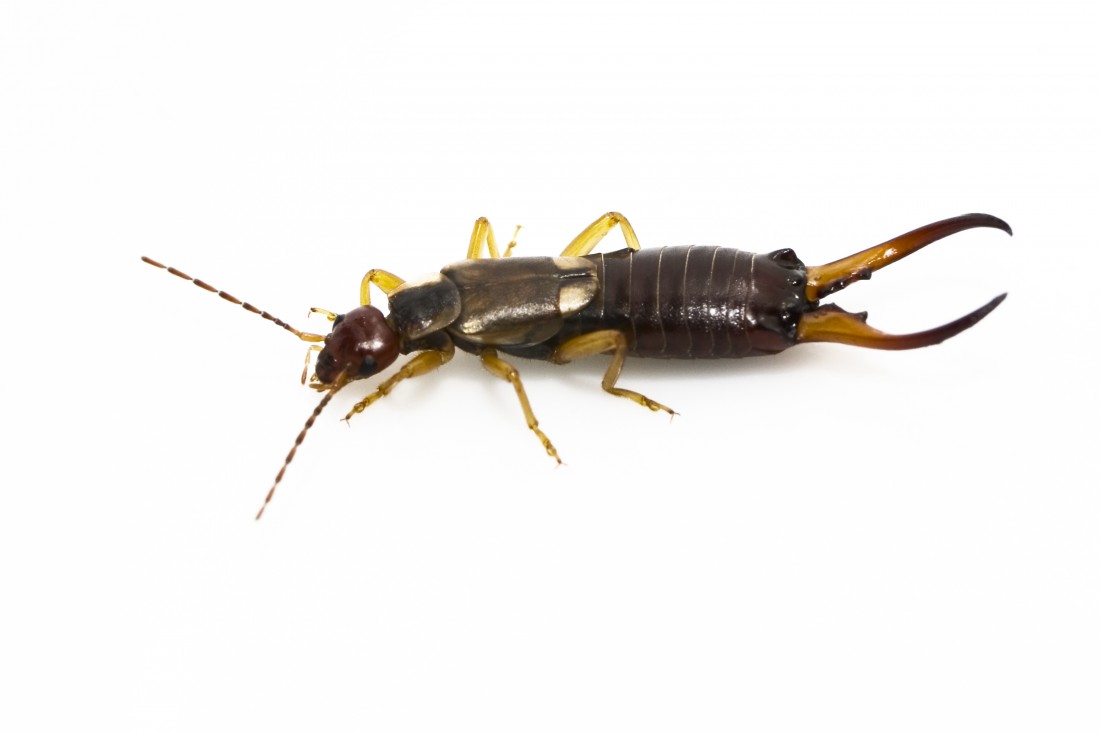 Are brownish to back in color, narrowed bodied, elongated and are somewhat flattened.  They range in size from ¼ inch to 1 inch in length.  The large “scissor-like” appendage on the rear of the abdomen is where the insect derived its nickname of the “pincher-bug”.  The “cerci” is used as both a defensive and an offensive weapon as well as occasionally being used to capture prey.  This is also a key factor in distinguishing between other species of earwig as well as sexes.  The female is much straighter whereas the male is more strongly curved.  Earwigs are mostly active at night and hide during the day.  They prefer to hide in dark moistened cracks like tree bark, under rocks, boards, and debris.  Earwigs are also found in homes occasionally behind rotted baseboards or around bathtub and toilet bases and can be under houses where cool, damp, moisture conditions are present.  Their diet is diverse and consists of various leaves, flowers, fruits, and fungi as well as aphids and larger insects like flies, which they capture with their “pincher” like cerci.

Are one of a number of species considered an occasional invader because they live and breed outside, yet may enter buildings in large numbers under certain conditions.  They range in size from 1/16 inch to more than 1 ½ inch in length.  Most species are black in color and are slightly flat and elongated.  They are commonly found outside under objects such as wood, logs, rocks, and other debris.  During the summer these beetles are attracted in tremendous numbers to bright lights on buildings.  They are especially attracted to bright blue neon lights like those used at cafes and taverns.  They may accidentally wander into the home drawn in from recent rains as well.