Fleas are small wingless insects flattened from side to side that infest the hair coats of mammals or plumage of birds.  Adult fleas have piercing mouthparts which they insert into the skin of their host to feed on blood. The body of the flea is divided into three regions:  head, thorax and abdomen.  It is covered with many spines and bristles that project backward.  The side to side flattening enables the flea to move rapidly through hair or feathers and the bristles positioned to point to the rear help to prevent the flea from being dislodged by the grooming action of the host.  Fleas are well known for their jumping ability.  They are able to do this by using compression and subsequent release of energy from a natural rubber (resilin) pad in the hind legs.

Primarily we encounter the cat flea in our yards and homes.  There are many others like the dog flea, human flea, poultry flea, and sticktight flea to name a few. The cat flea is a vector of disease and is responsible for killing off nearly 1/3 of the population of the world during the “Black Death” or Bubonic Plague of the Middle Ages.  There is also the Sylvatic Plague which is transmitted from flea to humans through rats and murine typhus which is also transmitted from ectoparasites left by rodents being crushed and rubbed into an open wound.  This could be caused by simply scratching yourself on an infected surface. Newly emerged fleas which are located in carpets or outdoors often bite humans before finding their preferred host.  These fleas are usually emerging from localized somewhat “protected” environments.  They will often move away in response to stimuli. If they originated in a back room or outside, they will travel where a host is present and causing stimuli.  Fleas emerge from their protected egg and the larvae will move to a crack or crevice for protection.  After feeding they will pupate then eventually emerge as biting adults. 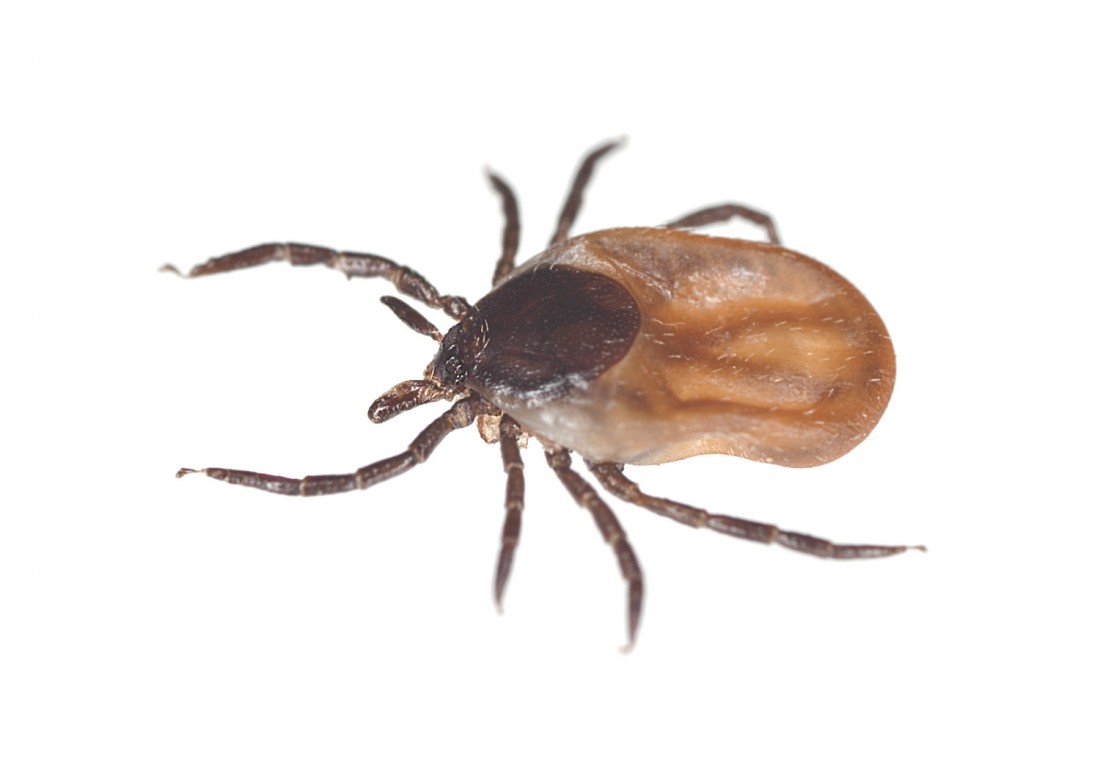 This tick is not only a pest of dogs, but very often is an unbearable nuisance in the home.  The adult ticks reside in the ears and between the toes of the dog while the larvae or “seed ticks” as well as the nymphs are found in the long hair along the back.  Heavy infestations on an animal can greatly reduce the animal’s vitality as well as make it irritable.  Its habitat is wherever dogs occur.  Dogs do not acquire Brown Dog Ticks from other dogs.  Each active stage, after feeding, drops from the animal either to molt or lay eggs.  Each dog picks up ticks from an infested residence, kennel, veterinarian office or similar location.  After feeding they can survive for as long as 3 months without a blood meal.  This gives them ample time to find another host.

Ticks can transmit a number of diseases such as Lyme Disease, Tick Paralysis, Rocky Mountain Spotted Fever, Tularemia and Human Ehrlichiosis.   The threat of secondary infection at the site of the bite and even blood poisoning is always a possibility with any tick bite. The Brown Dog Tick is dark shiny brown in color with eight legs. The American Dog Tick is a wood tick primarily encountered in wooded areas.  It is a chief vector of Rocky Mountain Spotted Fever. The Blacklegged Tick is also encountered in California and transmits Lyme Disease as well as Rocky Mountain Spotted Fever.  Another disease that is encountered frequently in California but is often overlooked is Colorado Tick Fever.  They transmit a disease known as Tick Paralysis where the host finds their legs having partial paralysis that works its way upward.  Weakness is also a symptom and they can last up to a week or as long as the female tick feeding is engorged.  Death can result if the tick is not removed.  Recovery usually occurs quickly once it has been removed.  The best way to prevent these diseases from coming in contact with you or your home is by avoiding these tick infested areas such as tall grass, wooded areas and parks where signs are posted in regards to tick activity.  Also wearing long shirts, long pants and hats is a must when venturing into these types of areas.  Light colors make discovery of the ticks much easier and tucking your pants into boots or socks will prevent them from crawling up pant legs.  After returning from these kinds of areas, always perform a visual inspection of your entire body.  Wash all clothing immediately with HOT water and detergent.

Have you spotted an unwanted critter in your home or business? If so, there's probably more where that came from! Contact Parish Termite & Pest Management today to schedule your free inspection and estimate.